Why Are Dreadlocks Called Dreads? 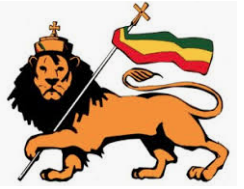 I have been asked the  question “Why are Dreadlocks Called

Dreads” and found the answers given online were a starkly romanticized version that would have many “real” Rastafarians rolling on the ground laughing!  One version stated that the term came about from “followers from the movement having a fear, respect for God and the other that it came from slave ship owners who called it so because their cargo had matted hair after being stuck together so long!

Interestingly, all the books that were published before dreadlocks became a trend always referred to them in derogatory terms but all ending in locks–never dreadlocks.  Ask any rastafarian who grew up in Jamaica during the 60s and upwards, having locks during those times was no joke. You would be harassed by the Police or denied work in most professions.  They had a rough time also with family and I remember there being public shaming of girls who chose to become intimately involved with men having locks. There were various skits written at the time ridiculing parents who cut off their children for associating with or joining the culture.

Getting back to the term “dreads” and its evolution from “locks”  in Jamaica, at the time I would hear people use the term “dreadlocks” in a few scenarios e.g.

With the popularity of Bob Marley & the Wailers and various other lock-wearing artists at the time abroad, the term began losing its bad connotation.  An adjustment was made where the Rastafarians’ hair were called locks and anyone who did not practice the religion was now a “dread”. Imagine my surprise when speaking with a girl who grew up in Africa years after emigrating to Canada, she excitedly shared her idolized love for Bob and expected me to do the same.

I was sad to destroy her rose-coloured world when describing the rise of the movement in Jamaica.  I had to explain that while she had posters of Bob & other groups chanting against apartheid and injustices in the world, we had Michael Jackson posing for his album  “Off the Wall”. By the time we realized what power and acclaim he had, the world was already his oyster and Jamaica was rushing to catch up.

Time, as they say, is the greatest healer.  It was time that transformed the acceptance of a belief that you should be freely able to choose how you want to wear your hair and time why dreadlocks are called dreads and continuing to break racial barriers .